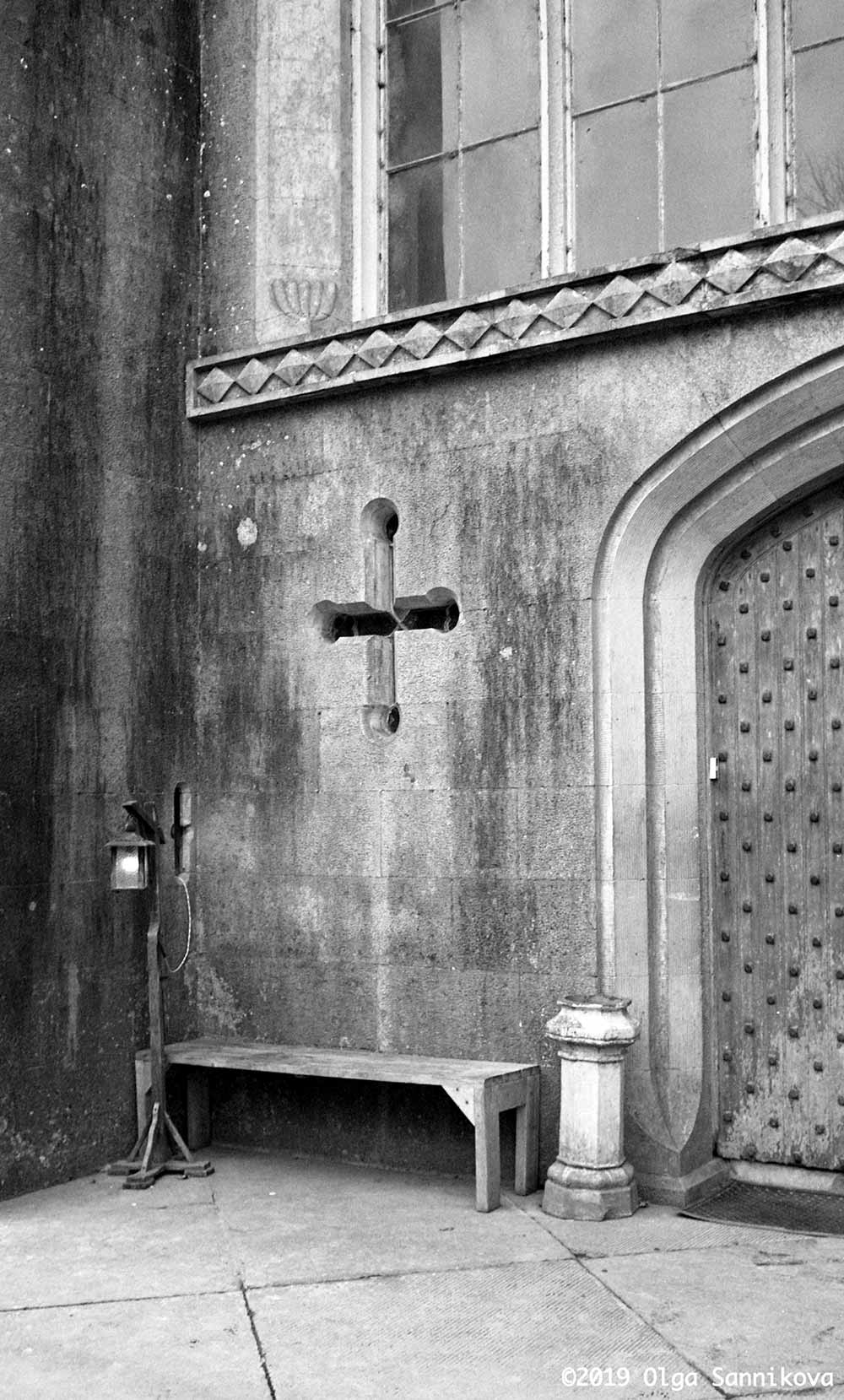 Long before I moved to Ireland and we were ‘enlightened’ by the idea of organising Garúa, Anthony told me about the mysterious Charleville Castle and showed pictures of the amazing ballroom. It was really impressive and the images stuck in my memory. On my arrival, my first weekend of travelling around the country was a sunny and mild winter day. That Sunday while going home on the Cork-Dublin motorway Anthony asked me “would you like to see Charleville Castle?” Who would say no? Two hours later, we arrived at the castle entrance, turning off the main road and… Wow! What a huge old oak on my right! Later I found out it was called the King Oak and is somewhere between 400-800 years old. This giant welcomes and says goodbye to castle visitors and in its royal solitude observes the course of history: carriages, nobility, air balloons, first cars, posh people, bicycles, servants, peasants, trucks, workers, tractors, farmers, more cars, mums with buggies, athletes, dog owners, brides and grooms… 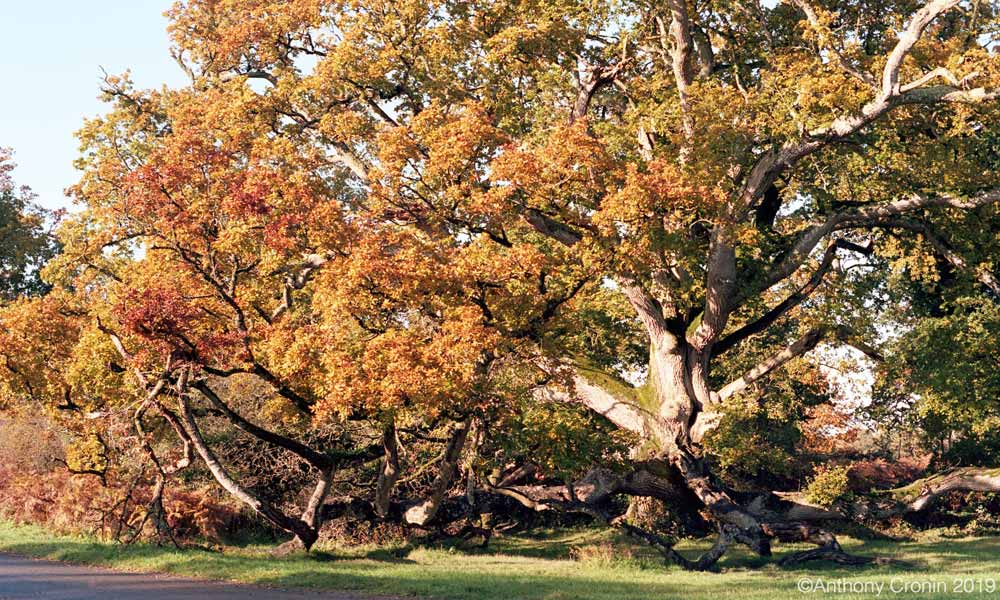 A long narrow road run up to Charleville Castle, it is winding through a dense wood, Gainsborough paintings are coming to my mind (sorry, Anthony, my Irish National Gallery visits happened a bit later ;).  I am already feeling under a spell in the kingdom of rusty leaves and evergreen ivy embracing bare trees, enchanted by dancing flecks of sunlight and shadow. Only occasional bumps on the road bring me back to reality, and I wonder – what’s next? 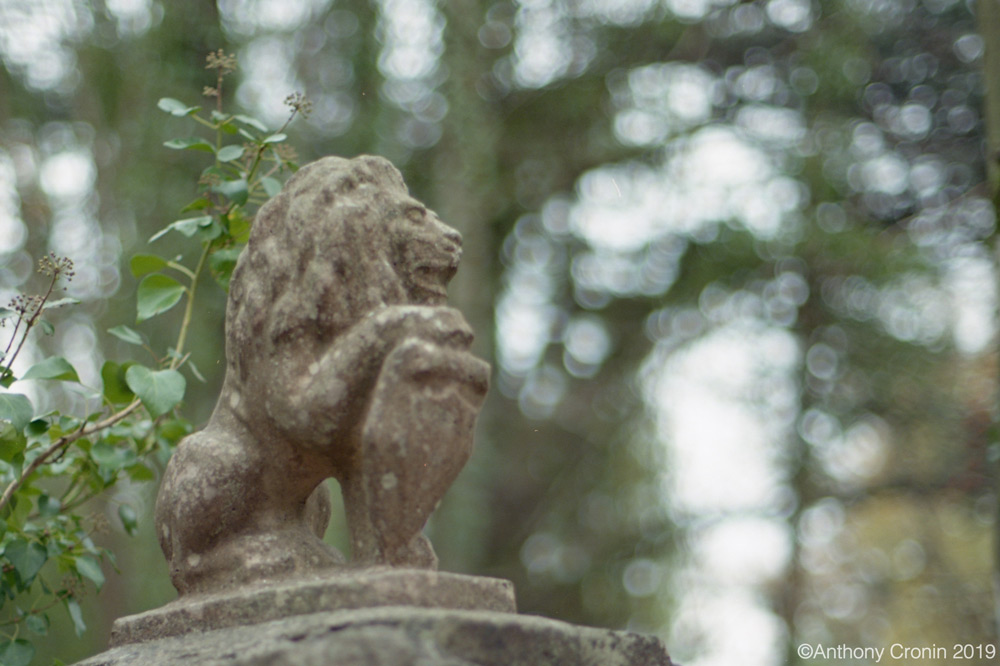 Passing by two columns with stone lions on top – the only remainder of former monumental entrance gates, moving forward and… Oh… I can see Charleville growing up in front of me. It looks gorgeous in its gothic power with abandoned chapel beside it. Roses lean on its solid grey walls. They decorate the old mossy walls with tender winter-blooming buds. Gabriel Faure’s “Pelléas et Mélisande” sounds in my ears and images of knights, beautiful ladies, courtship, love and drama seem to fill the air. 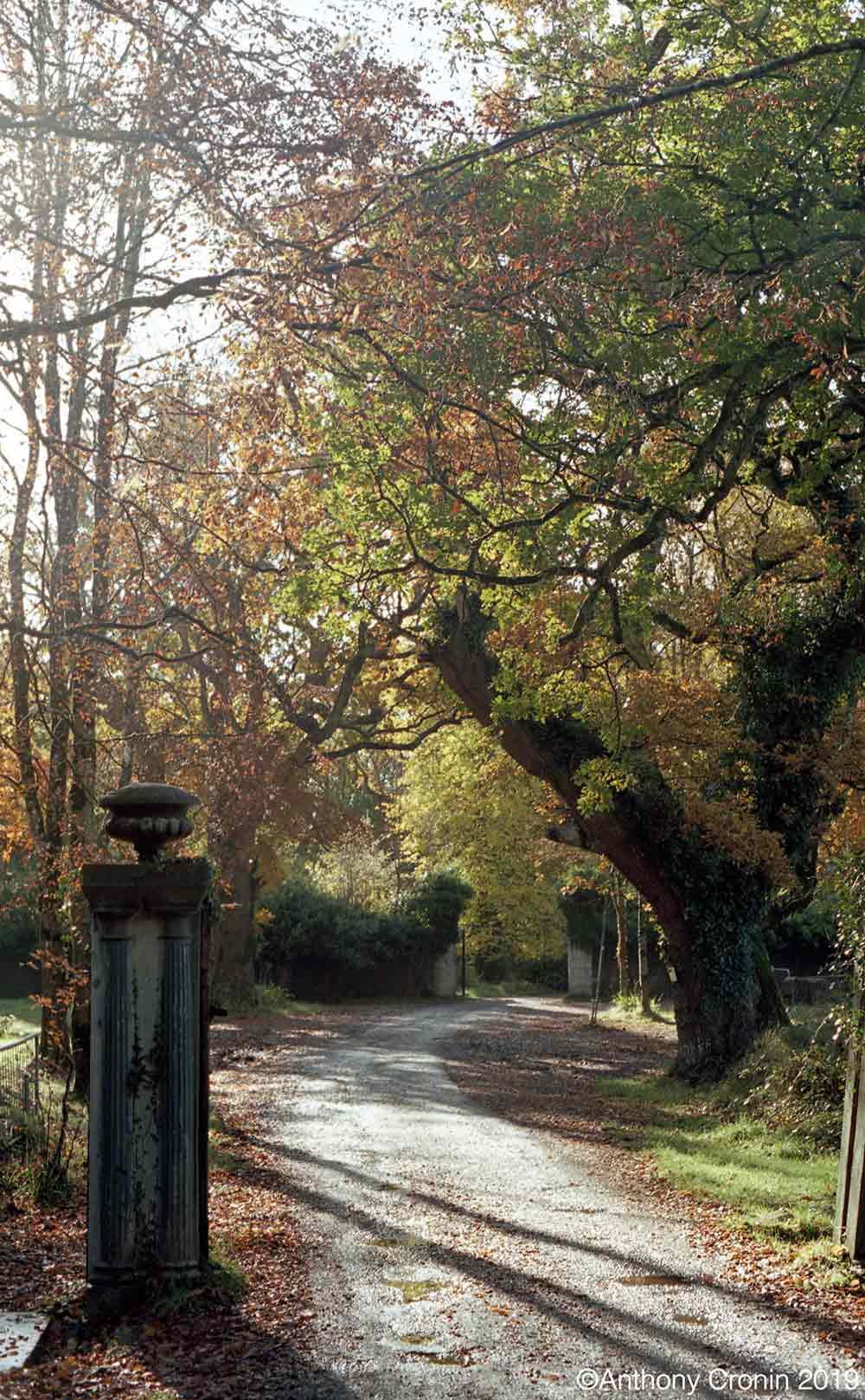 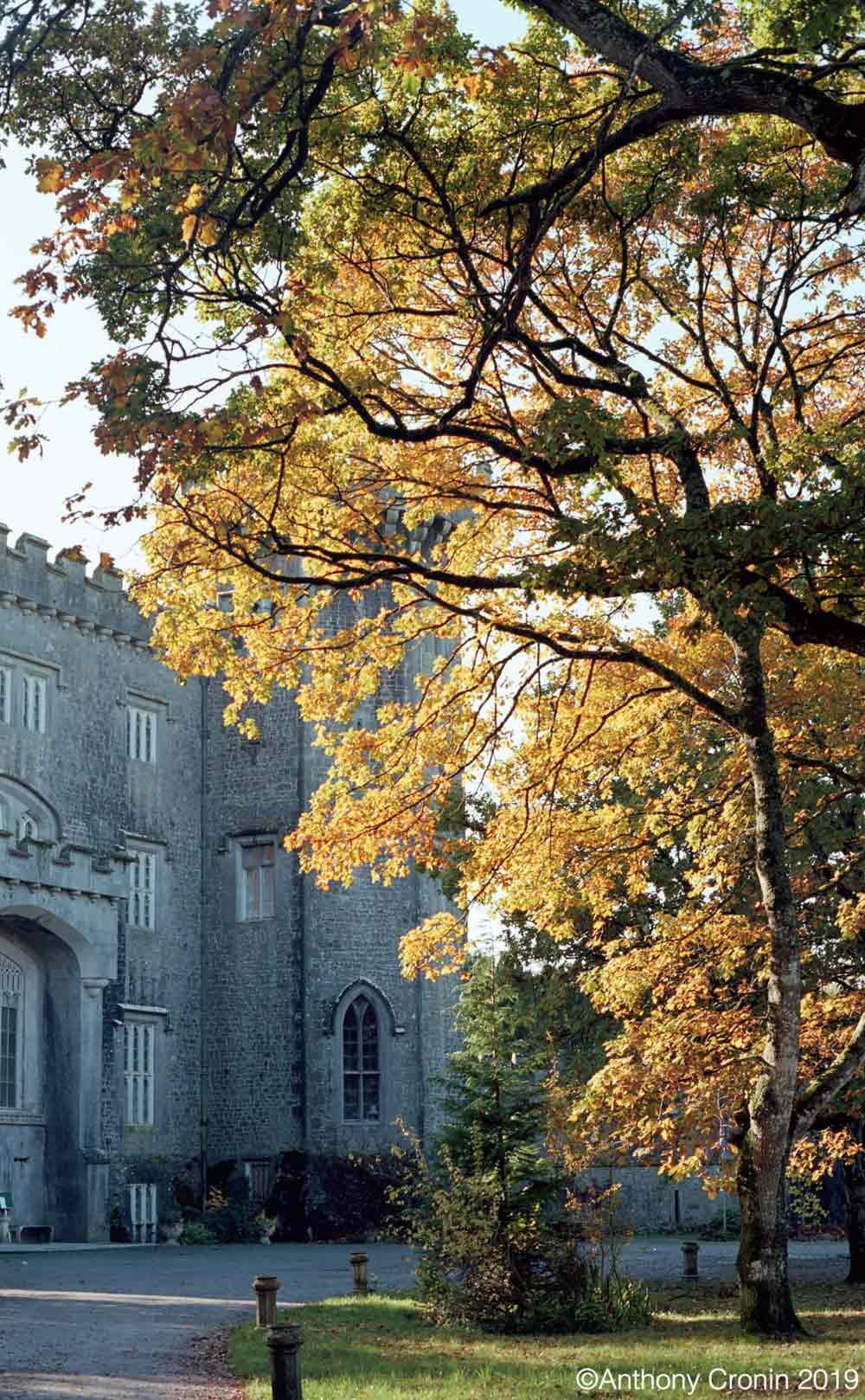 A massive door opens and the first person we meet in the castle is an Argentinian volunteer called Santiago (isn’t it a sign? :). He loves the place and is working here for the second term. Santiago is a storyteller.  During our guided tour, he tells us about Bury family, Charleville’s golden period with freemason covert meetings, luxurious parties and numerous famous guests. We are told about family dramas that happened in Charleville many years ago and the Bury family decline. An image of a ghost wandering around unroofed castle pretty well describes Charleville’s hard times. But times change, and the place is under restoration. It is a long-term restoration project lead by the new owners. Many volunteers help in bringing the castle back to its former beauty. More remarkable is the fact that unlike many other castles, Charleville hasn’t been turned into a five-star luxury hotel like so many of Ireland’s castles. It isn’t polished and commercialised yet. Because of this, it doesn’t look neat and perfect. It is full of unique spirit and mood. The place wakes up your senses and imagination. It involves you and makes you feel part of its history. It generously lets you feel something beautiful, and you get a strong feeling that it wants you to become a new part of its history. You can sense the castle is aching for laughter and music to fill it again. I just knew this is the perfect place for our friends to come and dance tango. This is the experience we would like to share with our friends. We are in love with Charleville and hope you will love it too.

All milongas will be held in the Great Hall at Charleville Castle. The castle was built by Charles William Bury, Earl of Charleville, and was designed by… 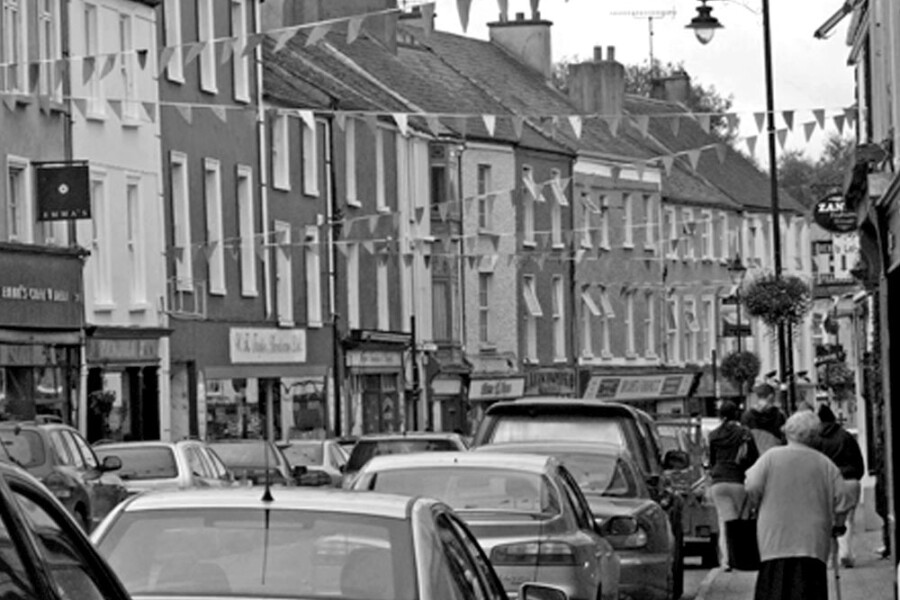 Getting to Tullamore the Castle and back

Best travel options for Tullamore by taxi, bus, train or car. Route A takes, at worst, 2 hours from landing in Dublin. The total return journey…